How to customize the action buttons in full screen mode

The Action Buttons in Full Screen Mode are easy to customize

In PDF Annotator 6, we introduced a new Full Screen Mode that features a single toolbar, which can be customized extensively.

The new toolbar features a set of Tool Buttons, as well as a set of Action Buttons. We already looked into customizing the Tool Buttons in another article.

While Tool Buttons stand for your favorite tools, like pens, markers, text tools, and so on, Action Buttons can hold any other feature that is available in PDF Annotator through a menu command, such as Save, Print, Append Page and many more.

Let's see how easy it is to customize an Action Button.

Here's how Full Screen Mode looks like by default. You will notice the toolbar on the left.

From the top to the bottom, you will find on the toolbar ...

On the bottom of the toolbar, you will find (this time from bottom to top) ...

To customize the Full Screen toolbar, we need to click the Customize button (the one with the gear symbol) to get into customization mode.

As you probably already noticed, in customization mode, Tool Buttons have a blue outline, while Action Buttons can be identified by an orange outline.

Let's click one of the Action Buttons (with the orange outline) to customize it. We're going to choose one of the empty buttons, because we want to keep the predefined ones.

This opens the Customize Command window.

In the Customize Command window, we can now select a command for the Action Button. We can either start typing the command in the Find command... box, or just scroll through the list.

In our example, we're going to add an Append Page button.

So, we start to type "Append" into the Find command... box on the top, wait a second for the list below to be filtered, and click the Append Page command.

You will notice that the icon on the Action Button automatically updates when you change the command in the Customize Command window. 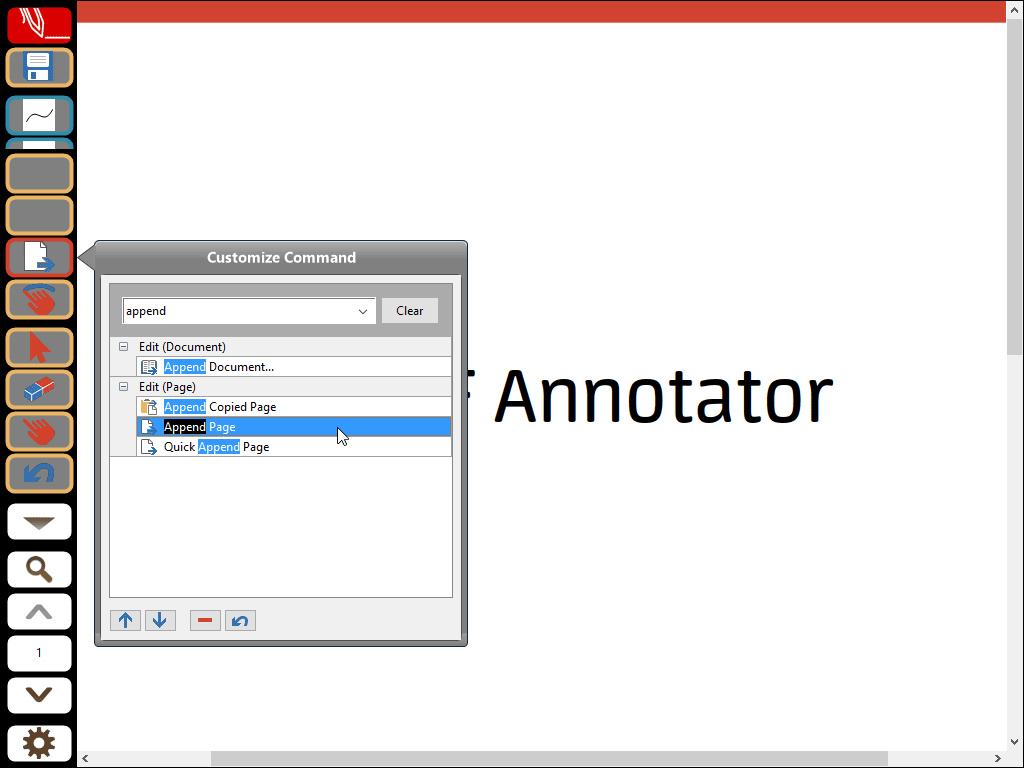 You can do the same with any of the nine Action Buttons with the orange outline.

What else can we do? 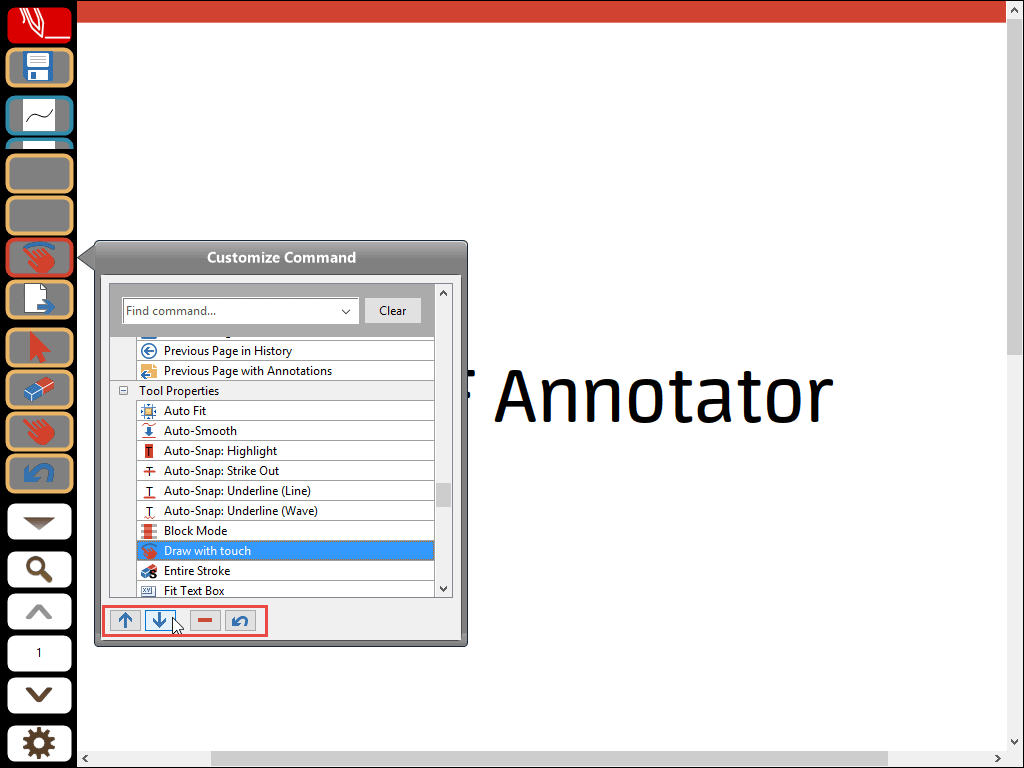 Finally, when we click the Customize (gear) button again, we leave customization mode, and we're done!

We just need to click the Expand button to display the Action Buttons.

One more tip: When you right click the Customize button (the gear icon), you will find a number of options to choose from. For example, we can Reset all customizations we just made, and get the Full Screen toolbar back to its factory defaults. This would discard all the changes we just made.